The 1830s in New York City were a time of dynamic growth and golden opportunity for anyone with a little capital and an abundance of imagination. In 1837, New York became the proving ground for 25-year-old Charles Lewis Tiffany and John B. Young, who opened a “stationery and fancy goods” store with a $1,000 advance from Tiffany’s father.

On their way to the new emporium at 259 Broadway, fashionable ladies in silks, satins and beribboned bonnets faced a gauntlet of narrow streets teeming with horses and carriages. At Tiffany & Co. they discovered a newly emerging “American style” that departed from the European design aesthetic, which was rooted in ceremonial patterns and the Victorian era’s mannered opulence. From there, Tiffany continued to grow as a brand with a pioneering spirit that has defined the luxury house ever since.

First published in 1845, the Tiffany & Co. Blue Book was the first direct-mail catalog in the U.S. to feature a wide variety of merchandise from jewelry and accessories to objects for the home. The Blue Book became an annual catalogue that clients came to love. Over time, the Blue Book evolved into a showcase of Tiffany High Jewelry, representing the ultimate expression of Tiffany innovation, rare gemstones and unparalleled craftsmanship. While the Tiffany High Jewelry Collection is no longer referred to as the “Blue Book Collection,” the artisanal masterpieces Tiffany creates today honor the original catalogue and its ethos of offering nothing but the best.

Tiffany first achieved international recognition at the 1867 Paris Exposition Universalle. The company was awarded a bronze medal for silverware the first time that an American design house had been so honored by a foreign jury. Tiffany was the first American company to employ the British silver standard (92% pure).

The Tiffany & Co. silver studio was the first American school of design. Apprentices were encouraged to observe and sketch nature, and to explore the vast collections of books and artwork assembled by Edward C. Moore, the celebrated silversmith and Chief of the Design Department. By 1870, Tiffany & Co. had become America’s premier silversmith and purveyor of jewels and timepieces. At the turn of the 20th century, Tiffany & Co. opened stores in London and Paris, furthering its global influence.

In 1878, Tiffany acquired one of the world’s largest and finest fancy yellow diamonds sourced from the Kimberley diamond mines in South Africa. Under the guidance of Tiffany’s eminent gemologist, Dr. George Frederick Kunz, the diamond was cut from 287.42 carats to 128.54 carats with an unprecedented 82 facets, which gave the stone its legendary fire and brilliance. Named the Tiffany Diamond, the stone became an exemplar of Tiffany craftsmanship.

In 1886, Tiffany introduced the engagement ring as it is known it today. Previously, diamond rings were set in bezels. But Mr. Tiffany’s ring was designed to highlight brilliant-cut diamonds by lifting the stone off the band into the light. This famous ring was named the Tiffany® Setting. To this day, it is the most sought-after symbol of true love.

Charles Lewis Tiffany redefined glamour and style with the purchase of jewels from French aristocrats in the 1840s. Marking the first appearance of major gemstones in
the U.S., the press took note with The New York Times crowning him the “King of Diamonds.” Mr. Tiffany’s enterprise was now the world’s diamond authority. At the same time, the world had embarked on the Age of Expositions that took place in Europe and America. At every venue, Tiffany won the high honors. The company’s exhibit at the 1889 Paris Exposition Universalle was heralded as “the most extraordinary collection of jewels ever produced by an American jewelry house.” Tiffany produced an equally praiseworthy collection for the 1900 Exposition Universalle, along with magnificent silver pieces based on Native American designs. This unprecedented number of awards led to Tiffany’s appointment as Royal Jeweler to the crowned heads of Europe, as well as the Ottoman Emperor and the Czar of Russia.

With the death of Charles Lewis Tiffany in 1902, Louis Comfort Tiffany, the founder’s son, became Tiffany’s first Art Director. His position as America’s leading designer was well established by 1882, when President Chester Arthur invited him to redecorate the White House. By 1900, the younger Tiffany was a world leader in the American Art Nouveau and Arts and Crafts movements. The famed artist created a remarkable range of designs, from technically brilliant leaded glass to colorful enameled and painterly jewels based on American plants and flowers.

Throughout the jeweler’s history, the most prominent members of American society were Tiffany customers. Vanderbilts, Astors, Whitneys and Havemeyers adorned their evening dress in Tiffany diamonds and commissioned the company to produce gold and silver services. President Lincoln purchased a seed pearl suite for his wife, Mary Todd Lincoln, in 1862; and a young Franklin Roosevelt purchased a Tiffany engagement ring in 1904.

As the 20th century progressed, Tiffany designs captured the spirit of the times, from the extravagance of the 1920s to the modernism of the 1930s and the aerodynamic age of the 1940s and 1950s. Tiffany china set the stage for White House dinners and Tiffany jewels accented the elegant clothes of the world’s most glamorous women, including Jacqueline Kennedy Onassis, Elizabeth Taylor and Diana Vreeland. Legendary designer, Jean Schlumberger—who arrived at Tiffany in 1956—created their jewels, catapulting the public’s interest in Tiffany & Co. Schlumberger® jewelry. His fantastical creations are as modern and relevant today as ever.

Throughout Tiffany’s history, the U.S. Government has called upon the company to create commemorative designs. Among them are ceremonial swords for Civil War generals; the U.S. Navy Medal of Honor known as the “Tiffany Cross”—a noncombat version of the Medal of Honor used by the Department of the Navy from 1917 to 1942—and the 1885 redesign of the Great Seal of the United States, which appears on the one-dollar bill.

Tiffany has a rich history of handcrafting American sports trophies. For over 160 years, Tiffany’s craftspeople have created the most revered symbols of athletic achievement, including icons like the Vince Lombardi Trophy and the Larry O’Brien Trophy, at the Tiffany Hollowware Workshop in Cumberland, Rhode Island.

In addition to Jean Schlumberger, Tiffany welcomed other visionary designers, including Elsa Peretti®, who transformed 1970s jewelry design with an elegant simplicity based on natural forms; and Paloma Picasso®, who followed in 1980 with jewelry of bold originality.
Throughout the company’s history, Tiffany designers have drawn on the natural world for inspiration. Nature is also the source of the precious metals and gemstones necessary for creating their designs. Tiffany was an early proponent of obtaining these materials in ways that are socially and environmentally responsible. Tiffany has the opportunity and continued responsibility to set the standard for sustainable luxury.

In 2012, Tiffany marked its 175th anniversary. In honor of this milestone, the Tiffany Diamond was reset in a magnificent necklace of dazzling white diamonds. After traveling to gala celebrations in Tokyo, Beijing and Dubai, the diamond in its new setting returned to New York City and its permanent place of honor on the Main Floor of Tiffany’s Fifth Avenue store.
This priceless yellow diamond is symbolic of a heritage based on the highest standards of quality and design excellence. These standards have made Tiffany & Co. one of America’s great institutions, a world-renowned jeweler with over 300 stores worldwide.

Over the past decade, Tiffany has evolved its jewelry collections, introduced a contemporary Home & Accessories collection and made significant strides in responsible diamond sourcing while advancing its sustainability goals. Introduced in 2014, the Tiffany T collection has become an icon for a new era, designed with a “T” motif that is emblematic of the luxury house today. Tiffany T1, the latest designs within the Tiffany T family, transforms the motif into a bold symbol of strength, courage and optimism that radiates with Tiffany diamonds. A new chapter for Love & Engagement, the Tiffany True® engagement ring is the house’s first engagement ring design in over a decade. Fragrance offerings such as the signature scent, Tiffany Eau de Parfum, as well as Tiffany & Love Fragrances for Him and for Her, redefine Tiffany Fragrance for a new generation.

Tiffany’s collections are anchored in the jeweler’s philosophy of ‘everyday luxury’—the idea that even the most exceptional designs can have a day-to-day sensibility. This spirit informs everything from the Home & Accessories collection, where everyday objects are made extraordinary, the Tiffany High Jewelry Collection, The Blue Box Cafe® and each new collection Tiffany introduces. The coveted cafes have opened at Tiffany stores around the world as both exclusive pop-up cafes and permanent cafes, making the dream of dining at Tiffany a reality.

To help protect nature’s magnificent creatures, Tiffany has, since 2017, donated 100% of the profits from the Tiffany Save the Wild collection to the Wildlife Conservation Network. The jeweler’s first collection to benefit an important cause, Tiffany is proud to have donated more than USD $8 million to date. Tiffany has worked diligently to galvanize efforts that protect our communities and our planet. With the launch of the Diamond Source Initiative in 2019, Tiffany has pledged to provide provenance information—region or countries of origin—for every newly sourced, individually registered diamond (0.18 carats and larger) it sets, a significant step for diamond transparency. 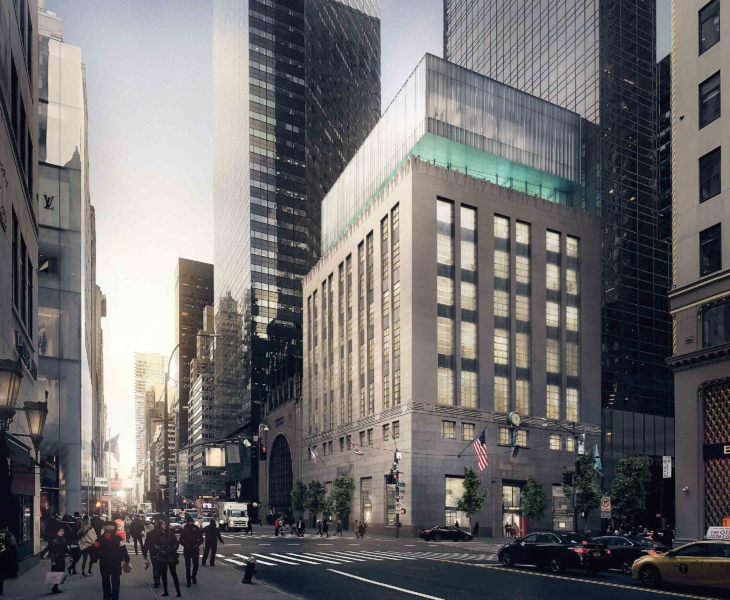 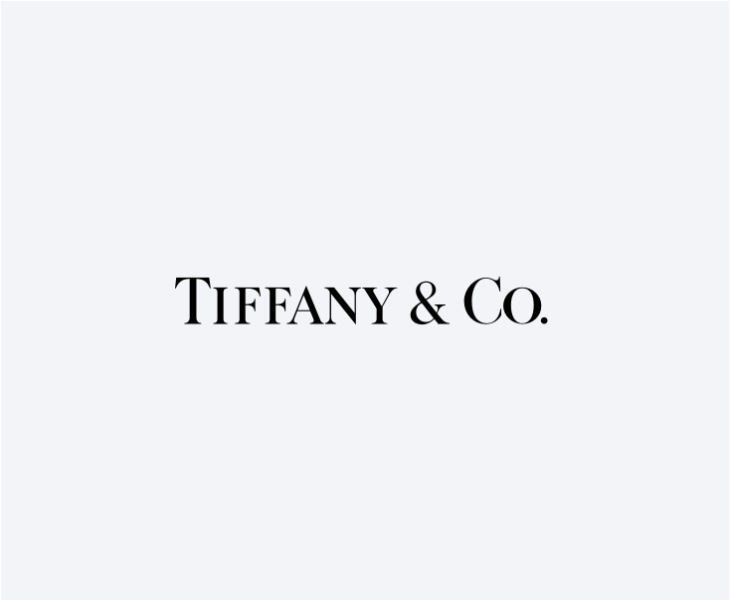 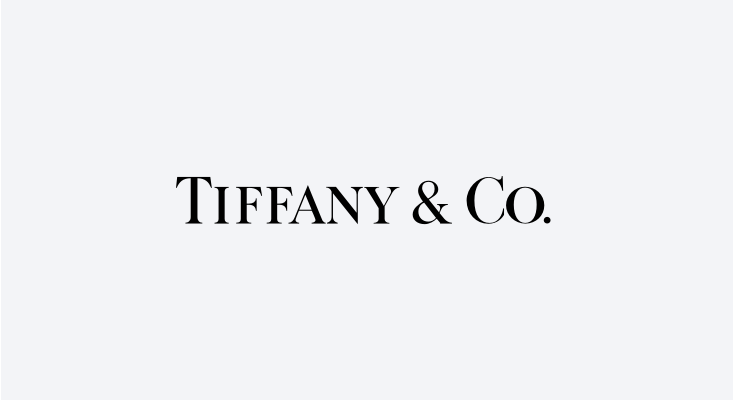