NEW YORK, NY —Tiffany & Co. announces today that its iconic Vince Lombardi Trophy will be presented at the conclusion of Super Bowl® LVI, marking the 55th consecutive year that its craftspeople have created the trophy. A testament to the inimitable technical skill and artistry of Tiffany’s craftsmanship, the Vince Lombardi Trophy—as with all the House’s renowned sports trophies—is a work of art that not only symbolizes the very best in athletic achievement, but also Tiffany’s creativity and legendary savoir-faire.

First designed and handcrafted by Tiffany & Co. for the inaugural Super Bowl® I in 1967, the Vince Lombardi Trophy symbolizes the pinnacle of gridiron glory. Three years after it was introduced, in 1970, the trophy was renamed after the late Green Bay Packers coach, Lombardi, who led the Packers to victory in the first two Super Bowls. It was initially designed by Oscar Riedener, a former Vice President at Tiffany & Co., who sketched the basic design on a napkin during a 1966 meeting with then-NFL® commissioner, Pete Rozelle. The design features a regulation-size football in kicking position.

Tiffany & Co. entrusts the design to its most accomplished artisans, who bring the trophy to life over a course of approximately four months (a total of 72 hours of labor). These master craftspeople combine time-honored techniques with cutting-edge innovations, from spinning, silversmithing and chasing to hand engraving and polishing, to craft the seven-pound, 22-inch sterling silver trophy. They handcraft the Vince Lombardi trophy and over 65 other trophies each year at the Tiffany & Co. hollowware workshop in Cumberland, Rhode Island.

In total, Tiffany & Co. designs and handcrafts five football trophies. The House created its first football trophy in 1959, the MacArthur Bowl, honoring General Douglas MacArthur. Still presented today, the trophy is awarded to the best college football team of each year. Moreover, since Super Bowl® XXV in 1991, Tiffany & Co. has created the Pete Rozelle Super Bowl® MVP Trophy, which was redesigned in 2012, and since 2011, the jeweler has created the George S. Halas Trophy for the National Football Conference (NFC) and the Lamar Hunt Trophy for the American Football Conference (AFC).

Tiffany’s legendary Vince Lombardi Trophy will be presented at Super Bowl® LVI on February 13 at SoFi Stadium in Inglewood, California. 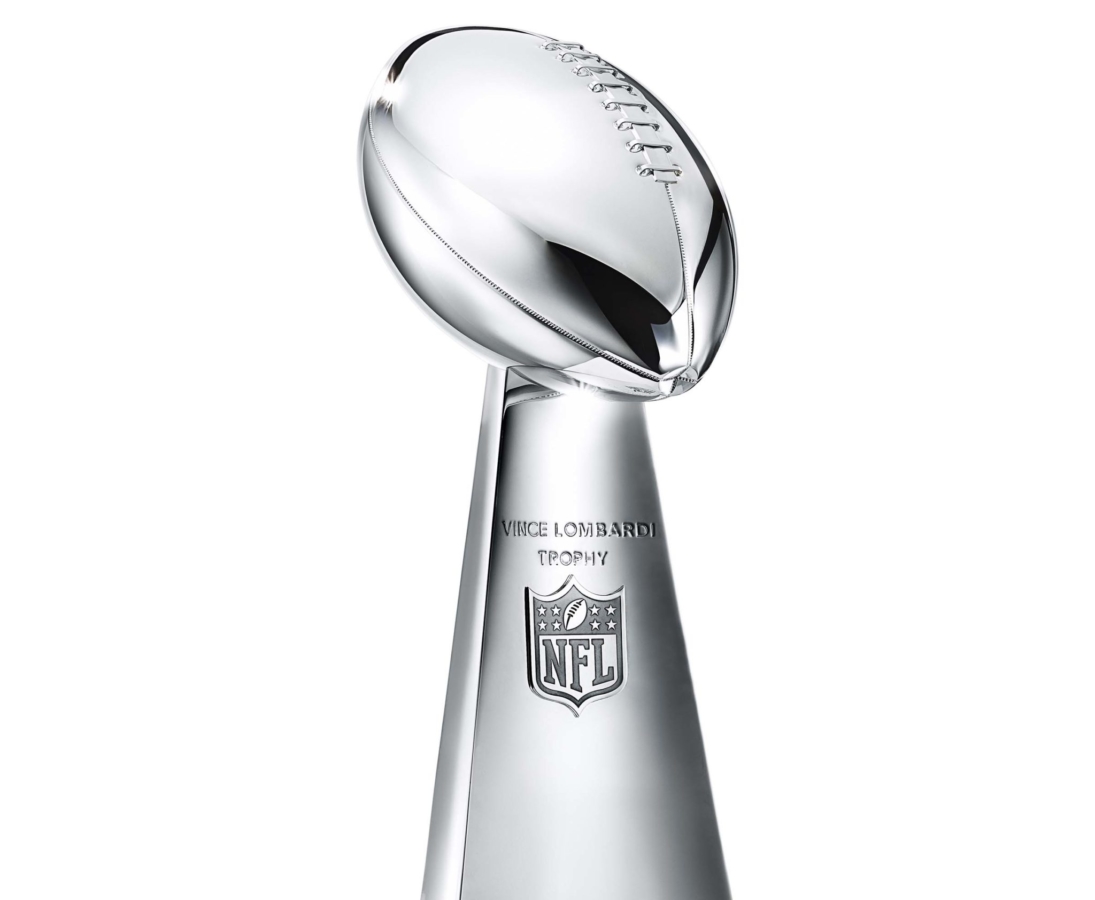 The Vince Lombardi Trophy®. Designed and handcrafted by Tiffany & Co. for the National Football League®.